50 Years of Cloch celebrated at AGM 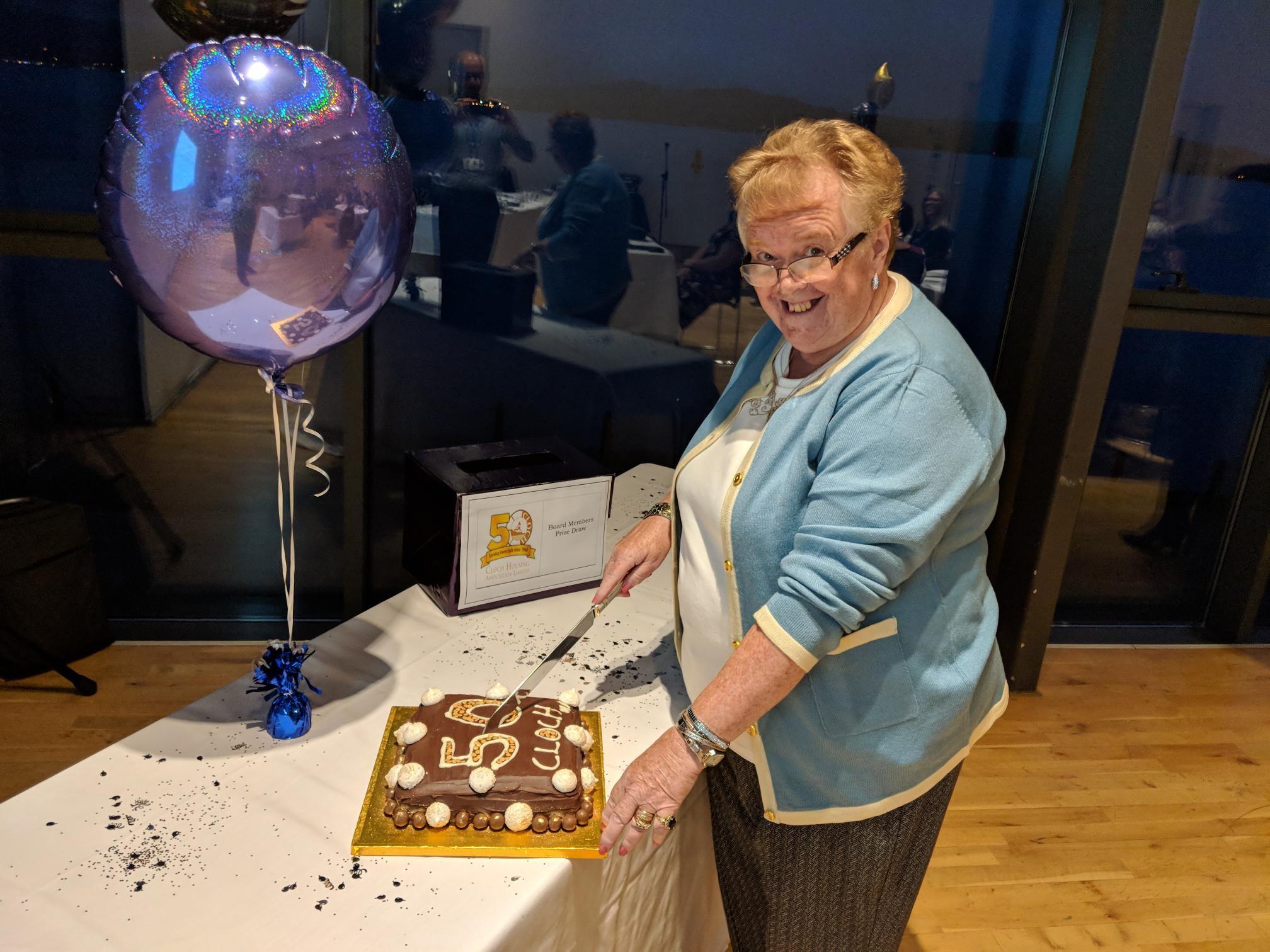 This year’s Annual General Meeting for Cloch Housing Association was both formal business and a celebration of Cloch’s achievements.
Members, staff and our partners Oak Tree Housing Association met at the Beacon Arts Centre in Greenock to formally approve the Accounts and elect the Board for 2018/2019.  Then a presentation by the Director, Paul McVey, gave a whistle stop tour of 5 decades of work and achievements.  The presentation talked about the humble beginnings in 1968, when a group of local worthies created Christian Action (Housing) Greenock with the intention of creating modern homes for families.  The idea was to stop the drift out of Greenock of young families and provide affordable homes.  The housing association worked through the 70’s without any staff, building and acquiring properties.  The name change to Cloch Housing Association came about in 1979 when the Board wanted to remove any suggestion of “giving charity” from its name.
It was not until the mid-80’s that their first Director, Mairi Brown was employed.  As the staff grew through the 90’s, so did the stock, including a stock transfer and multiple developments.  In 2001, Inverclyde Care & Repair joined the Housing Association and the development continued.  Development stopped around 2010 and since 2012, with a completely new Senior Management Team including only their third Director and a refreshed Board, the organisation has been developing a vibrant, modern organisation with a fresh outlook on delivering high quality customer services and homes.  Ironically, in 2018, there continues to be the aim of stemming the drift by people out of Inverclyde.
Paul finished by stating that there is a new development due to go on site in the summer of 2019 and the organisation is embracing the 21st Century with a new customer hub and Web Portal.  The future is very bright for Cloch and its customers.
The meeting ended with a cake cutting and a chance to mingle over a glass of prosecco and a buffet.