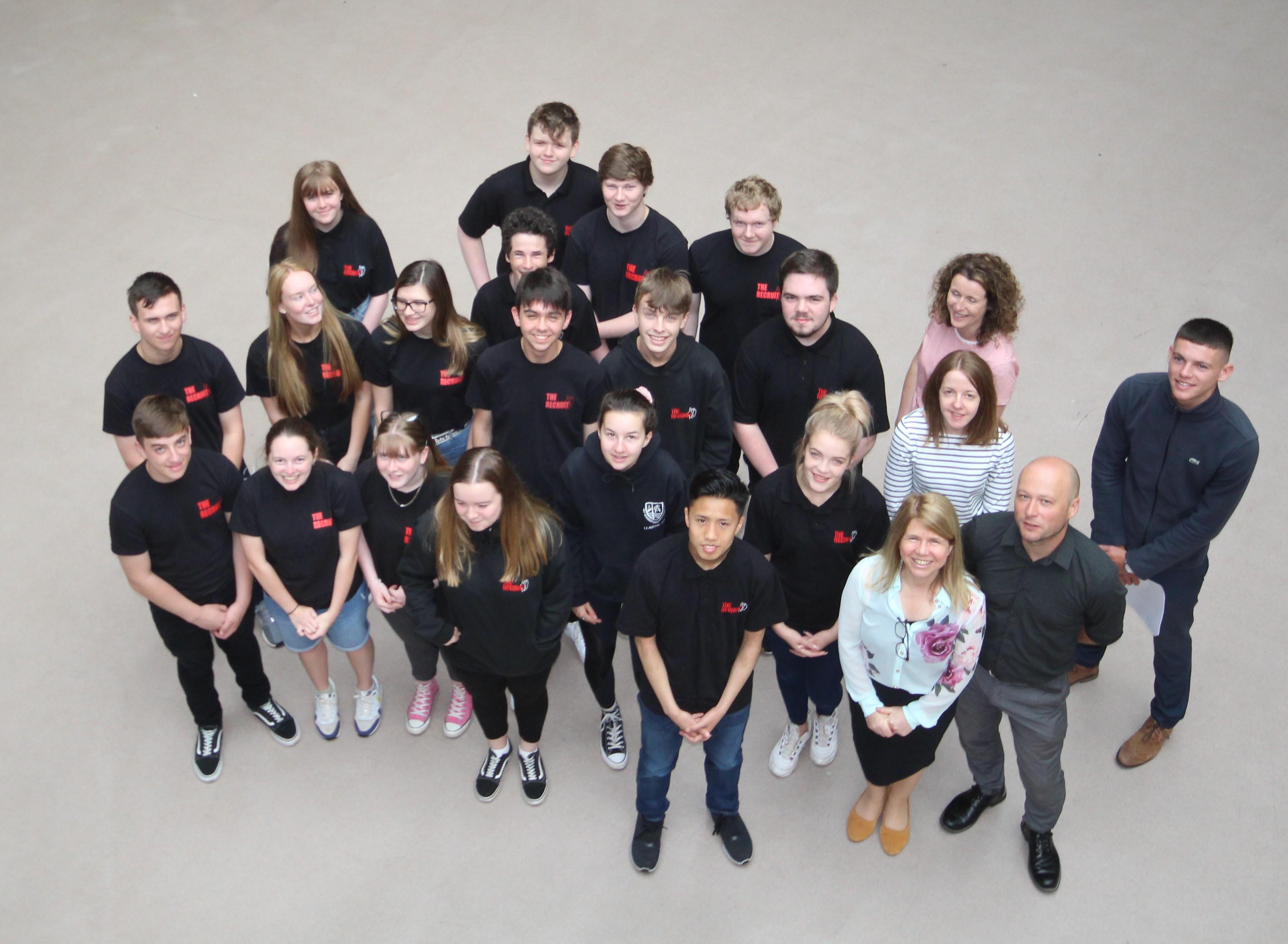 Cloch Housing Association hosted a very successful Recruit Challenge this week at Port Glasgow Schools Campus.  “The Recruit” is a summer long programme based around the T.V. programme, “The Apprentice” for 5th Year Pupils who are moving to 6th Year or in to the world of work and is run by Inverclyde Council.  Alongside other businesses such as Amazon and Inverkip Marina, the organisations each set a day’s challenge for the participants and Cloch’s challenge was to look to design a home and community of the future using research, discussion, creativity and Lego!!
Facilitated by Lorna Wilson of the Scottish Federation of Housing Associations (SFHA), the young participants worked in teams to develop their ideas and finished the day with a presentation of their work. Votes were then cast for the favourite ideas, which included a skyscraper that was a community complete with shops, spa and community garden and a house that could be relocated by flying.

MPS Housing, Cloch’s reactive repairs contractor were also represented and worked alongside Cloch staff on the day giving  presentations about how their journey in choosing housing or maintenance as a career experience and what they do as a job.
Similar to “The Apprentice”, part of the programme is to ask businesses to offer employment to a “recruit”.  Cloch will be offering a 18 month Modern Apprenticeship in Housing while MPS Housing have offered a 4 year Trade Apprenticeship as part of their community benefit through their contract with  Cloch.  The decisions on which candidates are successful will be made in the weeks ahead and announced to the group at a Gala Dinner later in August.

Liz Bowden, Corporate Services Manager at Cloch said, “This fantastic programme offers so many opportunities to these young people who have big decisions to make about their futures.  Hopefully, we have given them a good idea of why a career in social housing is an excellent path to take and the fact that one young person will be offered a 4 year trade apprenticeship is a fantastic opportunity”.
Cloch’s participation in this programme is part of our Young Person Strategy which aims to support young people in our community whether that is through employment or a greater awareness of housing, community and our environment.